Researchers are studying future manipulation campaigns that threaten the US presidential election and have found the artificial deepfake videos produced by artificial intelligence at the forefront of these threats. Although this deepfake technology is still emerging, the potential for misuse of it causes serious consequences, and therefore technology companies and academic laboratories began to work to solve this problem. Social media platforms have developed special policies to deal with publications that include modified media to strike a balance between freedom of expression and preventing the spread of deepfake news.

In conjunction with the approaching US elections in November 2020, companies have made little progress in facing deepfake videos, but rather other difficult-to-detect fake materials are the artificial fake texts generated by artificial intelligence.

And it was announced in June 2020 that GBT-3 technology for generating texts using artificial intelligence is very similar to human texts and difficult to distinguish between them, which makes us expect a future in which most of the content on the Internet becomes the product of artificial intelligence. And if that happens, how will our interactions with this content change?

This is similar to the change that the world witnessed after the emergence of photo editing software, such as Photoshop, After Effects, etc., about three decades ago.

AI-generated media, such as deepfake videos and GBT-3 text, are different from the modified media. There is no original material to compare it with the resulting media to prove its falsehood.

However, discovering videos is easy compared to other modes of deepfake with some notes, like facial expressions and heartbeats that cause a slight change in a person’s color. Detection is more difficult to find in phony audio because errors are rare, and promising research efforts exist to develop means to detect it. The struggle between counterfeiters and the authorities continues.

On the other hand, celebrities and politicians may take advantage of the spread of deepfake videos to deny actual videos they were involved in by claiming that they were produced with deepfake techniques.

The artificial deepfake texts produced by artificial intelligence are a new challenge. It can be produced in large quantities in addition to the great difficulty in discovering it. Some people can use it on social media to write posts, comments, and tweets that hold the same opinions, and they produce a case, called psychology, the majority illusion, giving them the opportunity to influence people who follow the opinions of the majority.

Prepare for a new level of Deepfake

Manipulation campaigns that include spamming social media with similar real content can now be discovered. The Wall Street Journal analyzed some of these campaigns and discovered thousands of suspicious posts that included long, repeated sentences indicating that their author was one person. Therefore, the use of artificial intelligence in these campaigns will lead to different approaches in style and similar ideas, which makes discovering them difficult.

The spread of deepfake media of all kinds, such as texts, videos, and audio clips, and the difficulty of discovering them will erode people’s confidence in the content they watch. It will be completely different from the earlier people accept photo editing software like Photoshop. 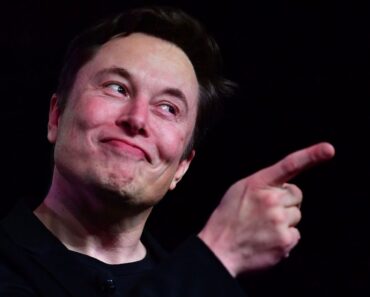